← more from
Sargent House
Get fresh music recommendations delivered to your inbox every Friday.
We've updated our Terms of Use. You can review the changes here. 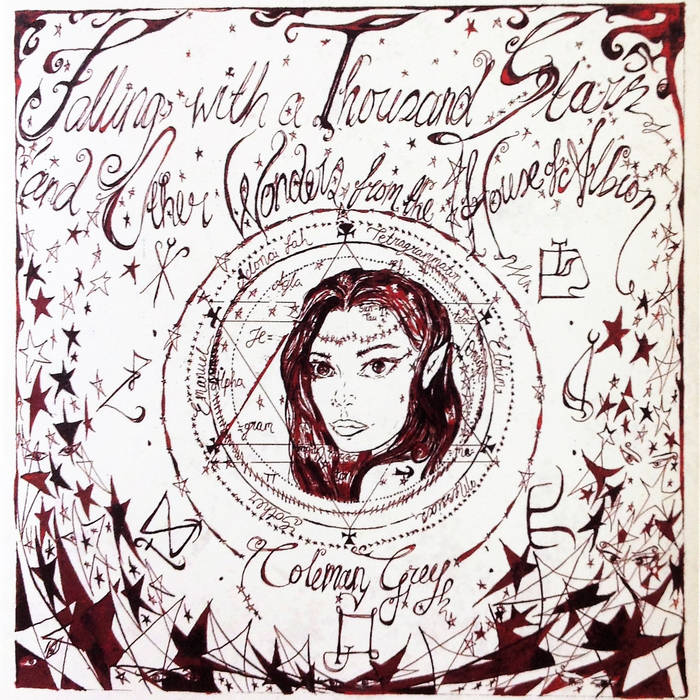 Andrew Pryde The folk music of the british isles holds a soft spot in my heart. Drone-y guitar work and bagpipes do as well. Playing fuzzy, warm, droney guitar as a bagpipe(with the drone underneath the melody) just makes it awesome. It's my current favorite background music to just have on while doing dishes or just hanging around the house.


Being a compendium of venerable Ballads. Touching on subjects, both curious and supernatural, involving those beings of a mysterious and secretive nature, known variously as: fearies, ffayres, farisees, gude whyctis, fairies, elves, gobelyns, etc. including their Queen, Nobles, and Knights. Those humans who have been taken away by them and the dead that reside with them. As well as appearances of those maleficent women known as witches. This is England and its United Kingdoms' music, interpreted by drcarlsonalbion, under the direction of Coleman Grey. The ballads are as follows: Reynard the Fox, about a shape shifting ffayre fox that preys on beautiful ladies. She Moved Thro' the Faire, about a dead bride translated into fearrie, or a ffayre bride, or the apparition of a dead lover. Allison Gross, the story of a Knight turned into a Worm by a Witch, who is saved from this fate by the Queen of the Fairies. Rose in the Heather, a song about a fearrie Lover, concealed on the moor. Tamlane, being the tale of a Knight, taken away by the Fearrie Queen, who is saved by true love. King Orfeo, the oldest of the ballads here presented, about a King trying to rescue his Queen from Fairyland, and the cruel nature of its Ruler and inhabitants. The Elfin Knight, another ballad of a similarly hoary age as the previous one. This recounts the attempts of a fair lady to resist the advances of a cruel Elf.

If you like Falling with a 1000 Stars and other wonders from the House of Albion, you may also like:

Bandcamp Daily  your guide to the world of Bandcamp

The Hammer and The Relentless from the Boston band Malleus stop by for a chat.